Crating An Antique King for Shipment

This is a lovely old King which I sold and shipped by Greyhound. 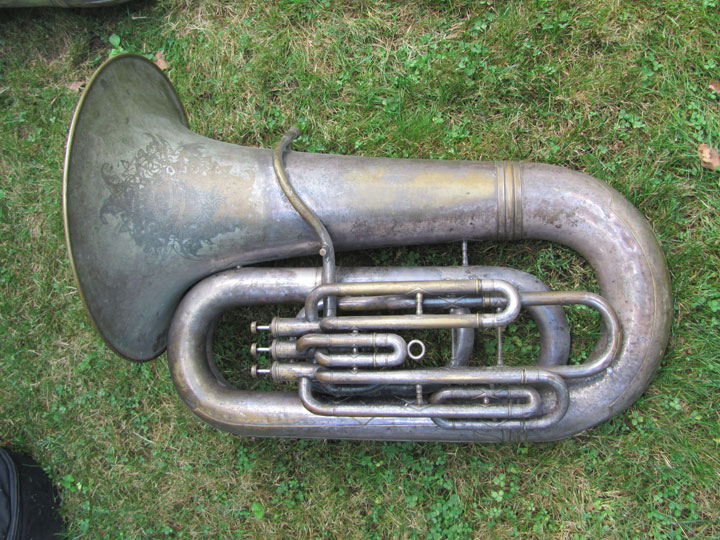 I have seen a lot of tubas damaged in shipping, and have put a lot of thought into ways to protect tubas from such damage. If a tuba in a carton is dropped on its side or on its bell, the bell gets smashed. To prevent that the bell needs to be supported firmly from the inside. First, I made a wooden structure to fit inside the bell:

Next I wrapped foam padding around it. The padding must be firm enough to prevent the bell from contacting the wood. Distributing pressure evenly around the inside of the bell just at the level where the brace attaches it to the top bow insures that the bell will not be deformed by impacts. 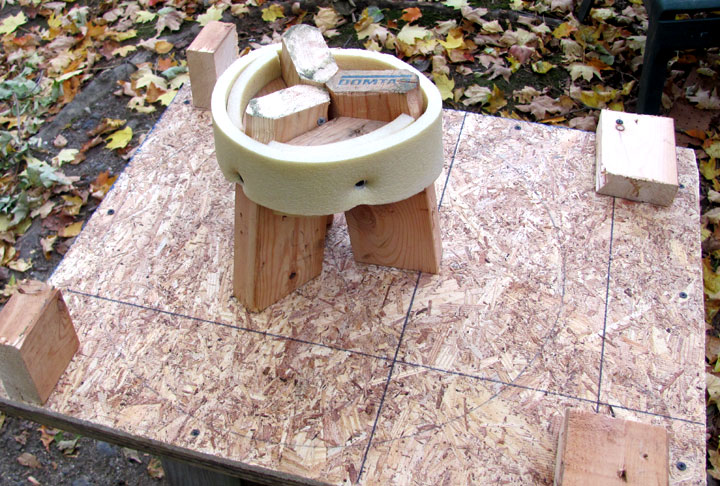 When the bell is placed over the padded support and pressed down it remains some distance from the bottom end of the crate and cannot move down or sideways: 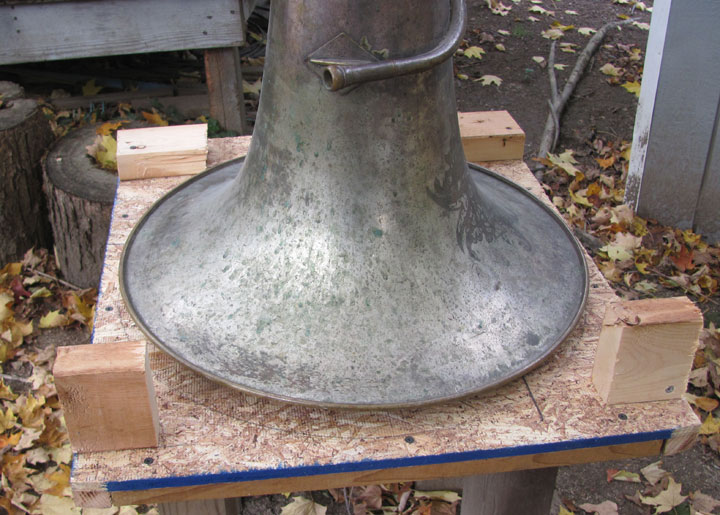 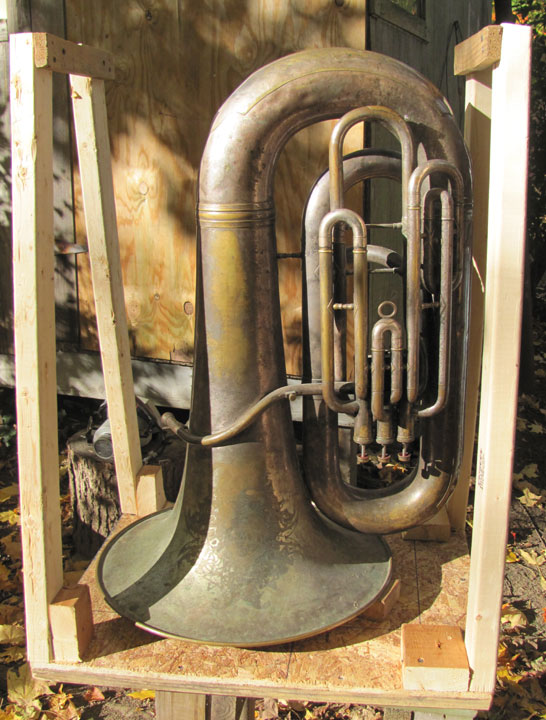 The other end (bottom bow) of the tuba is supported by a padded form-fitting structure attached to the other end of the crate. After making sure that the crate was long enough, components of that structure were fabricated and padding was glued onto them: 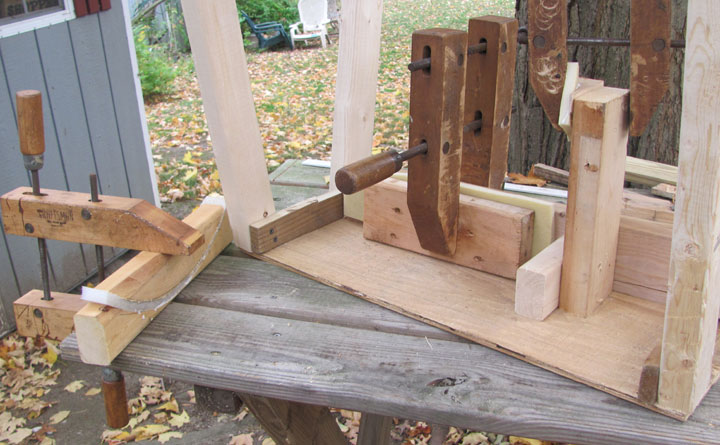 With the back and bottom pads installed, the tuba is fit snugly in place: 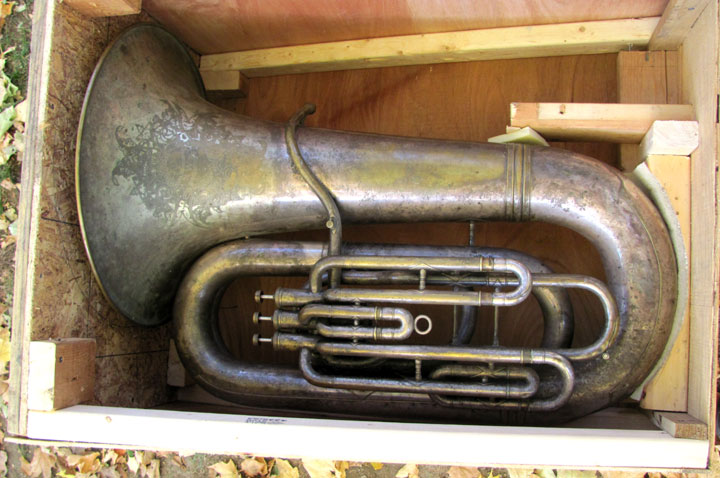 The front pad was then installed, locking the tuba in place, and the four thin plywood sides were attached. 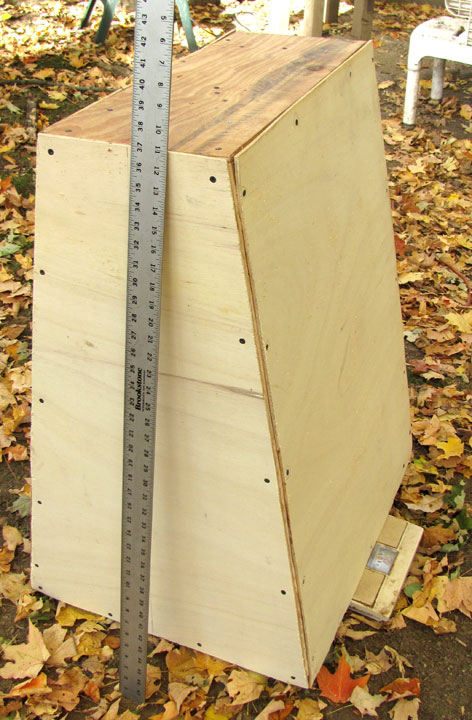 The buyer can unpack the tuba by removing screws from the front panel; the front part of the padded bow support comes off with it, so the tuba can be lifted out. With minor modifications this crate could be used again to ship another tuba with similar size and shape, such as a Getzen G-50 or a Conn 52J, or possibly a King 2341. With some hinges and latches it could even be be made into a travel case. It took me a total of about 8 hours spread over 4 days to build this crate, when I should have been raking leaves.

BACK TO THE TUBA-LOGIC PAGE: